We are used to prophetic diatribes accusing the people of having forsaken their covenant with God.  This is a little bit different.
It is obvious from the content that it speaks from a time of defeat in battle or war, although it has no detail for us to fix on a specific occasion.  This time the content creates its own context.

verses 9 - 12
are a cri de couer, the anguish of rout and defeat, of flight and pillage, of a refugee community who feel that they are defenceless prey in the path of any assailant.  The psalmist makes plain that it is God who has abandoned Israel.

verses 13 - 16
pile on the pain, describing a people without pride, self-confidence, or hope of vindication.  Again, the psalmist is accusing God as the one responsible for all this.

verses 17 - 19
Here it comes.  'We have not forgotten you or been false to your covenant.'  God has broken the covenant, not Israel,  What an accusation, what a dangerous declaration!  The reliability and trustworthiness of God is decried as worthless, 'you have broken us'.

verses 20 - 22
The people haven't been unfaithful in worship, and yet God has left the people vulnerable to slaughter. 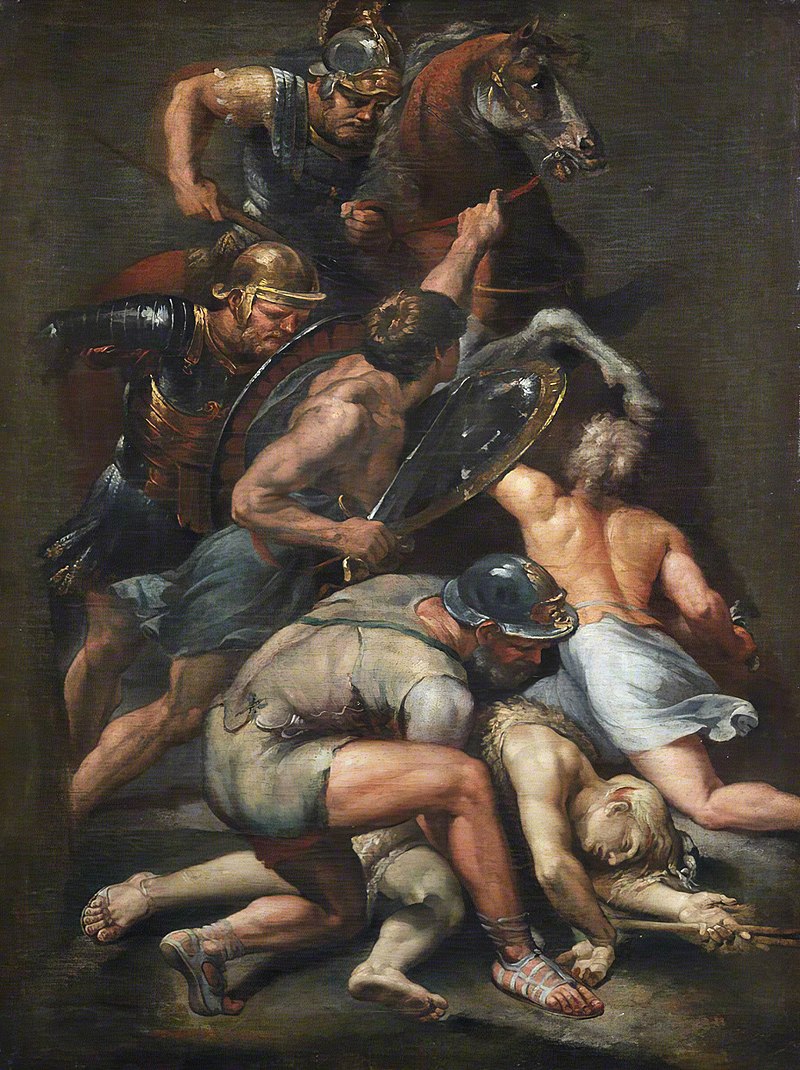 verses 23 - 26
Hey God, shift yersel'.
We've kept our part of the covenant agreement, it's not too late for you to redeem yourself in our eyes.  This isn't the way the psalmist normally addresses the Lord of all the Earth.  God doesn't reply.

Commentaries have a tendency to call this psalm strange, or odd, or difficult, because the attitude towards God is startling and without a justifying reply.  This doesn't mean that it can be ignored.  After all, it was thought so appropriate by the ancient Jewish community that they put it in their hymn book!  Which means that it was meant to be used.....   Which implies that similar circumstances might arise again.....  Which says a great deal about the people's ideas concerning the faithfulness of God!

The reason the commentators find this psalm hard to cope with is that its very presence within the Book of Psalms is a powerful contradiction to the generally accepted idea of God as utterly reliable and trustworthy.  The psalmist doesn't believe it, and the compilers of the book take his point.


How can we use it?
There are times when our experiences lead us to say 'What did I do wrong now?'  Sometimes the answer is, quite simply, nothing.  Then we need to blame someone or something, because we don't like to think that our lives are prey to chance.
Why did Israel lose the war?
War is unpredictable, and the losers will never accept that it was they who failed.  There is always a scapegoat, and on this occasion it was God.

Our lives are uncertain and dangerous.  We can blame the Lord, naming Covid-19 an 'Act of God'.    We can blame Chinese food markets, the secretiveness of dictatorial governments, unrestricted international travel, global population density, premiers who are slow to react, or the convenient target of your choice.

Alternatively, we can say that sometimes the worst happens, and that we have to rely on God and each other to make it through.  Psalm 44 is in the Bible because it speaks to a basic human need, to lay blame.  That doesn't make it right, or appropriate.  It is only the beginning of the argument, not the end.  In the end, it is only through faith that we can come to understand how God is an implicit part of every human life and interaction.