This psalm does not carry any external notification of a setting, because it is absolutely explicit from the beginning.  This is the destruction of the Temple during the Babylonian sack of Jerusalem.  It is a trauma that rips apart the Judean religion, founded on the concept that Jerusalem is secure, since it is where God dwells.  So far so good, but there are hidden depths that we can plumb.

verse 1
The psalmist doesn't understand what is going on.  God has guaranteed the safety of Jerusalem by inhabiting the Temple in the middle of it, so why have the people been punished like this, and why does that punishment show no sign of diminishing?

verses 2 & 3
God is being granted a small amount of leeway here.  Perhaps the Lord is simply forgetful, and has neglected to notice that the covenant has been most egregiously broken.  Come forth, and see what you have allowed to happen, the psalmist almost sobs.

verses 4 - 7
The enemy came in with their banners which bore the image of their sun-god, Shamash, and set them up in the Temple.  They then undertook calculated vandalism, covering the floor with shattered wood, so that the subsequent fire would be sufficiently intense to bring the building down.  The term used indicates that the building was 'desecrated right down to the ground'.

verse 8
Some hope would have remained to the people, except that their enemies were efficient.  They destroyed every place associated with the worship of God.  There had been synagogues throughout Judah for some while, even though the Bible prohibits worship outside Jerusalem.  Even these refuges are done away with.

verses 9 - 11
All signs of the faith have been destroyed, and there is no leader who can prophecy an end to their suffering.  The psalmist returns to the laments of the first three verses.

verses  12 - 17
If God doesn't remember 'his' mighty deeds and works of power, the psalmist will provide enlightenment!  Here we have another version of a Creation myth, combining imagery we recognise from Genesis with wider rivalry with the powers of water and the sea.  Interestingly, this fits well within the bounds of Canaanite religious story, where Ba'al defeats Yam, storm defeating sea.  We should never forget the encompassing religious background of Judah and Israel.  It enables us to make connections that otherwise are utterly obscure!

verse 18
Pay attention, God!  You are this marvellous, but you are letting unbelievers get away with mockery.
The psalmist believes that he has made his point, and that God should now be ready to make things right, to resume a proper covenant-relationship with Judah.

verses 19
The first part of this resumption is the appreciation that the people belong to God, and that God should be preserving and saving them.

verses 20 - 23
Make everything right, O Lord!  Free the people and destroy the opposition because it is you they are opposing, not just us, your covenant flock.

Why do we pray?  Do we imagine for a moment that God hasn't noticed what is going on in the world?  The psalmist does, because he cannot think of anything else that would justify the situation of the nation.
We pray because we know God already knows what we will pray for, because we are trying to place ourselves alongside God in our compassion for the world.  God really doesn't need to be chivvied on to see what is needed.

Psalm 74 serves as a reminder that there is no value in blaming God for the state of affairs.  It would be fifty years from the sack of Jerusalem to the rebuilding of the Temple, and the psalm doesn't appear to have changed anything.

What the psalm can do is to remind us of the greatness of God, to demonstrate to us why we should never give up hope.  God already knows.

verses 2 & 3
The psalmist gives thanks for healing from a sickness that he thought could lead to death, healing that c…
Read more
May 09, 2020 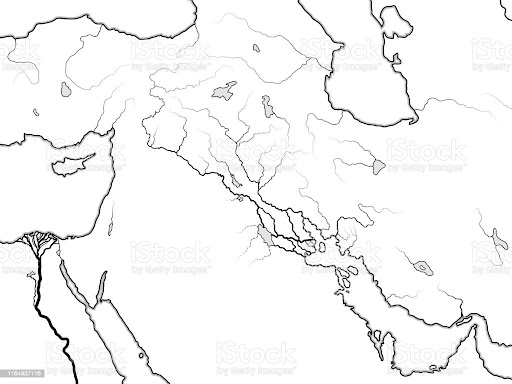 verse 1
Babylon was a city of numerous waterways.  The Tigris and Euphrates rivers were linked by a variety of canals, …
Read more
April 16, 2020
Psalm 54 It is very helpful when the heading to a Psalm is absolutely explicit.  Shame about this one, then!
The instruments implied are generally agreed to be stringed, but there is no certainty.  'Of David' comes with its usual warnings, and as for what a maskil is, well there are several contending ideas.
A skilled composition, an effective song, a wisdom psalm, a teaching psalm, or a meditation.